You can publish whatever you want in the Offcanvas Section. It can be any module or particle.

You can also add the hidden-phone module class suffix to your modules so they do not appear in the Offcanvas Section when the site is loaded on a mobile device.

Edit the currencies of your store under Administration → Currencies.

As a rule, multiple currencies serve to display prices on the storefront. Payments are usually accepted in the store primary currency only.

However, if your payment gateway is configured to accept payments in different currencies, customers who use this gateway will be charged in an alternative (not primary) currency.

The order total will be calculated according to the store currency exchange rate that you define here. 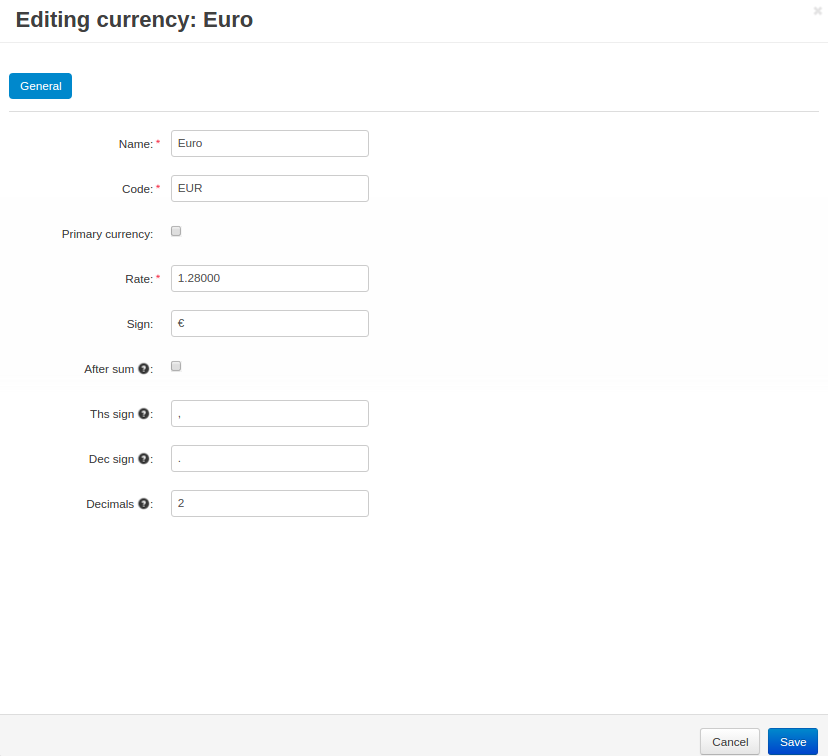 The Share tab appears only if you have multiple storefronts.

If you manage multiple stores with one Administration panel, you can select the storefronts where the currency will be available. This is done via sharing. Learn more about sharing objects among stores.