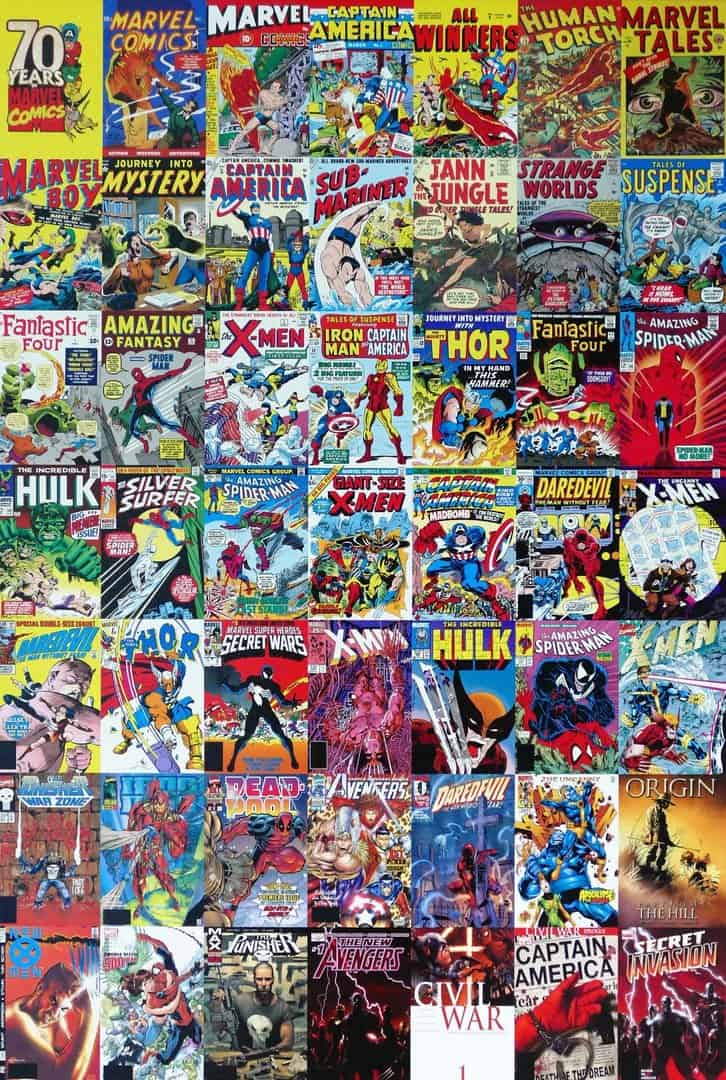 Let's talk about comics! Did you know that today, on August 28, we celebrate International Read Comics in Public Day?

In 2010, Brian Heater and Sarah Morean of the Daily Cross Hatch comic book website came up with the idea of International Read Comics in Public Day to promote this genre of art. The date chosen is that of Jack 'King' Kirby's birthday.

Today we would like to tell you a bit about the history of comics.

We can consider the work of Swiss author Rodolphe Töpffer as the first comic strip. He drew humorous stories about his characters and accompanied them with funny signatures. After publication his stories immediately became popular. The new genre began to spread rapidly around the world and found fans in different countries. Humor, often dark, remained the main trait of early comics. For a long time, they could not be purchased separately and were added to newspapers and magazines. But in the 1930s publications devoted exclusively to comic book stories began to appear in the United States. It was in 1938 that the first issue of Action Comics magazine came out with Superman on the cover - he was destined to become one of the most symbolic comic book heroes of all time. From there begins the "golden age" of comics. In the early 1950s with the massive spread of television the popularity of comics began to decline. In 1954, psychiatrist Fredrik Wertham declared that they seriously affect young people and lead to an increase in juvenile delinquency. Publishers were forced to publish the special Code, which clearly prescribed prohibited and permitted subjects. The emergence of the Code destroyed detective and horror comics and led to the closure of several publishers.

But thanks to it the superheroes regained their former glory: stories about how all crimes are punished and good always triumphs over evil, met the requirements of the Code. This period was notable for the appearance of new superheroes: Spider-Man, Iron Man, Hulk, and for the leadership position of Marvel, which made superheroes more human with complex relationships. The following years became an era of waning interest in comics. TV series, movies, and cartoons have started to dominate the world of superheroes. The advent of the Internet has not improved their situation. But don't forget that comics, just like books, help us escape reality and travel to places and stories that never existed. Why do people keep reading comics? Most of us, about 65%, are "visuals", it is easier for us to digest information in the form of images than in the form of text. Comics are a great example of synthesized art. It has it all: a compelling story, rich dialogue, vivid illustrations, powerful heroes, and the ability to stick with your favorite comics for as long as possible, reading one episode after another. It doesn't matter if you are already an active comic fan or just want to try a new genre, we invite you to celebrate Read Comics in Public Day with us by discovering our selection of comics and related products: https://www.lafactory.com/comicshop/.