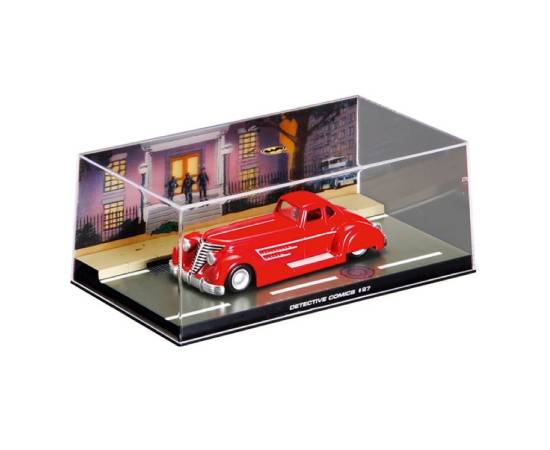 Even though the first Batmobile lacked the crime-fighting accessories that the newer models have, it was still stylish ride that was a number one choice for Bruce Wayne and Batman for several years. This Batman Automobilia - Detective Comics #27 Batmobile includes the iconic bat-symbol, bulletproof windscreen, side running board and concealed door hinges.

This incredible 1:43 scale Batmobile comes in an exclusive 3D cutaway of the Batmobile, a detailed look at the Dark Knight’s red convertible and Batman’s most important stories from 1939.