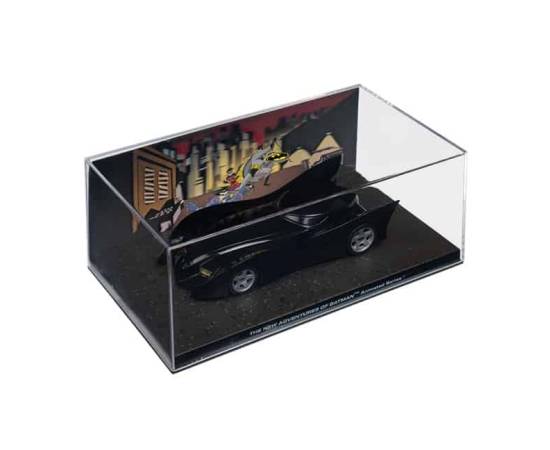 In the wake of the acclaimed Batman: The Animated Series, The New Batman Adventures introduced a new Robin (Tim Drake) and a new look for the Dark Knight and his trusty Batmobile. Batman Automobilia Part 42's featured vehicle is easy to hide in the shadows - stark and with a predator's profile. Discover the cartoon Batman's new status quo in the magazine and the decade-spanning comic-book titles that sprang from the animated series.