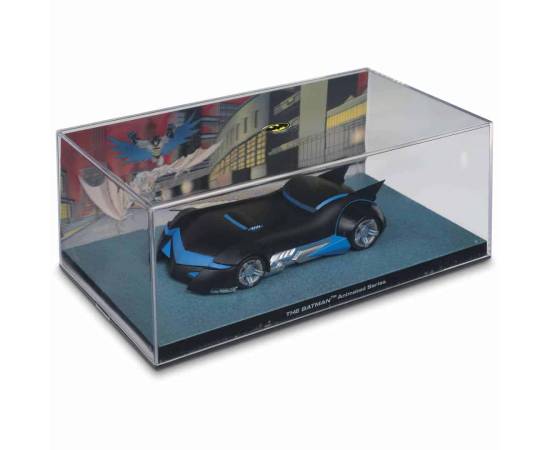 With his first Batmobile totaled during a chase after Gearhead, the Dark Knight dug out and retooled this prototype modeled in painstaking detail for Batman Automobilia 43. Fitted with revolutionary EXP (Extra Power) tech, it became Gotham's fastest on four wheels. Get the full under-the-hood scoop on this the Mark II Batmobile in the magazine, plus how the animated adventures continued in The Batman Strikes.