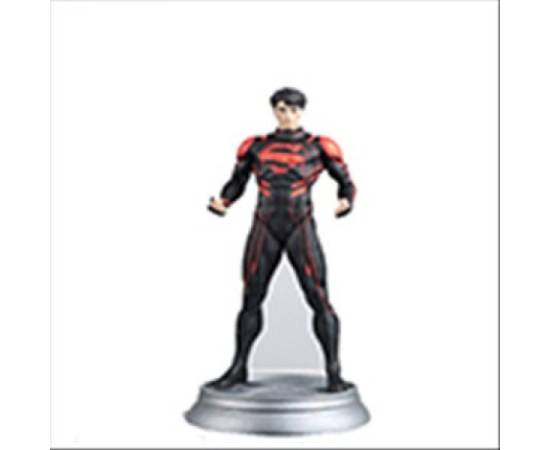 Magazine on demand, free of charge if we have it. Always shipped with original box.
DC Comics relaunched Superboy with issue #1 in September 2011 as part of The New 52.[45] The series involved major changes to the character, which includes a new origin in which he is cloned from Superman, Lois Lane, and their son Jon Lane Kent from an alternate New 52 timeline in which Jon is used by the time-traveling villain Harvest to cleanse Earth of super-powered humans.[46] Though intended by Harvest to be a weapon against superpowered humans, Kon-El pursues a heroic career as a solo hero and a member of the Teen Titans. After Kon-El (apparently) dies in the past, saving Krypton from premature destruction,[47] from issue #26 the series follows Jon Lane Kent, posing as Kon-El in an alternate future visited by the Teen Titans, before he arrives in the present in #30. Jon was both villain and hero in the months before the series' cancellation. The series concluded in August 2014 with issue #34, in which Jon dies heroically to save friends he has made since #30, and to restore Kon-El (who had not actually died) as the sole Superboy.