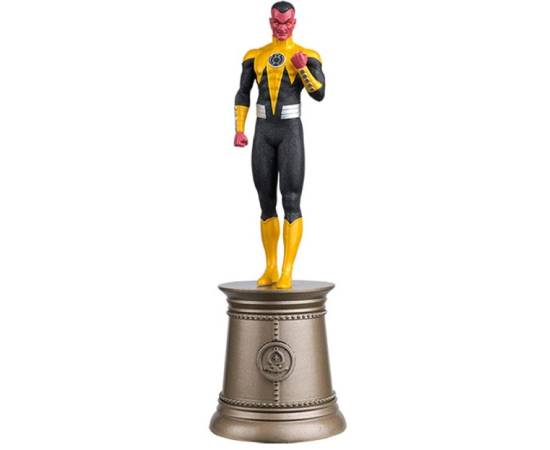 Magazine on demand, free of charge if we have it. Always shipped with original box.
Sinestro was born on the planet Korugar in space sector 1417. His dedication to preserving order originally manifested in his previous career, an anthropologist specializing in reconstructions of ruins of long-dead civilizations. One day while he was on one such site, a Green Lantern named Prohl Gosgotha crash-landed into the site, injured and apparently dying. He quickly gave his ring to Sinestro, just in time for Sinestro, who barely even understood what the ring could do, to defend himself from the Lantern's pursuer: a Weaponer of Qward; however, Sinestro had to destroy the ruins he had spent time restoring in order to crush the Qwardian. Afterwards, Gosgotha turned out to still be alive and asked for his ring back to keep him alive long enough to get help. Sinestro, knowing this would mean not being a Green Lantern himself, instead let him die and took over his post. The Guardians were unaware of his actions.