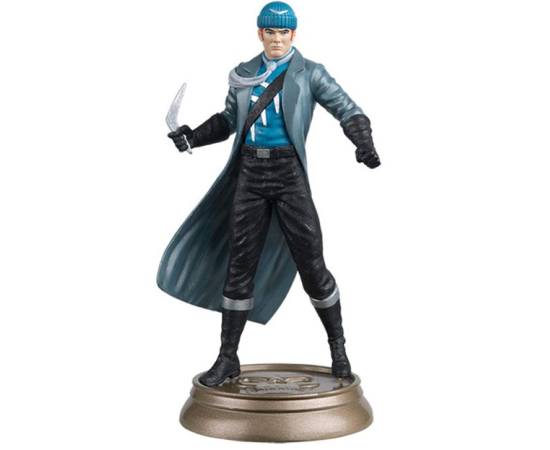 Magazine on demand, free of charge if we have it. Always shipped with original box.
Captain Boomerang (George "Digger" Harkness) is a fictional supervillain appearing in American comic books published by DC Comics. The character is an enemy of both the Barry Allen and Wally West versions of The Flash. Created by writer John Broome and artist Carmine Infantino, Captain Boomerang first appeared in The Flash #117 (December 1960). He has also been a prominent member of the Suicide Squad since its second iteration.

Digger Harkness is portrayed in the Arrowverse live-action DC television shows by Nick E. Tarabay, and by Jai Courtney in the 2016 Suicide Squad film and will return in the sequel set in the DC Extended Universe.