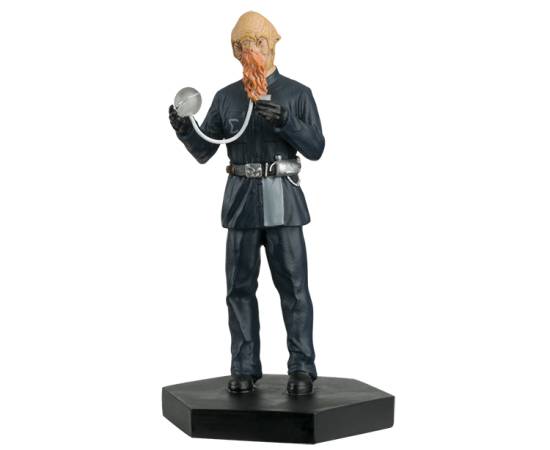 Doctor Who Figurine Collection welcomes the humble servant Ood Sigma from the episode 'Planet of the Ood' to the party.

This fantastic hand-painted Ood Sigma figurine shows Ood Sigma as he appears at the climax of the Tenth Doctor adventure 'Planet of the Ood'. Ood Sigma’s uniform is much smarter and cleaner than other Oods, and he wears a special belt which carries the impossibly important ‘hair tonic’ that the neurotic Klineman Halpen drinks on an increasingly regular basis and holds his translator sphere in his hand and features the character-defining fronds on his bald head.

The accompanying magazine explores the genesis of this oddest of Doctor Who aliens, plus Dudley Simpson, the man behind the music, and the ultimate universal authority - the Shadow Proclamation.