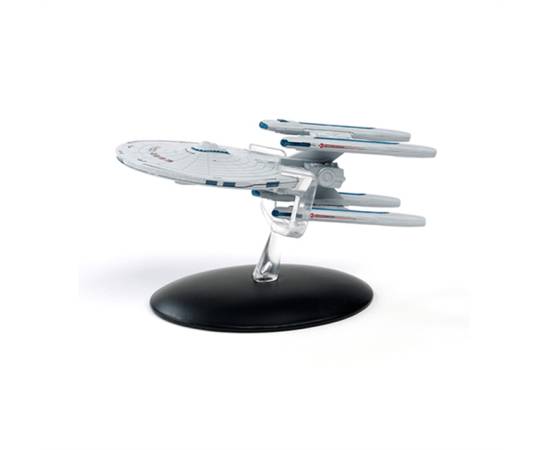 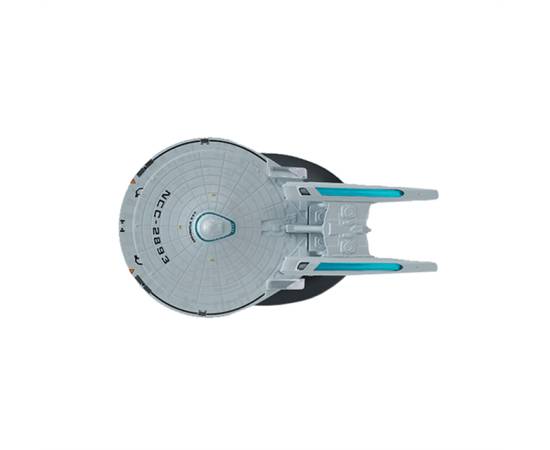 Issue 19 is the U.S.S. Stargazer, the ship that Picard commanded before the Enterprise-D and a rare example of a Starfleet vessel from the early part of the 24th century. It's also unusual in being one of a handful of Starfleet ships that has four rather than two nacelles and, as the magazine reveals, it started life as a piece of set dressing rather than a fully-fledged design for a starship.