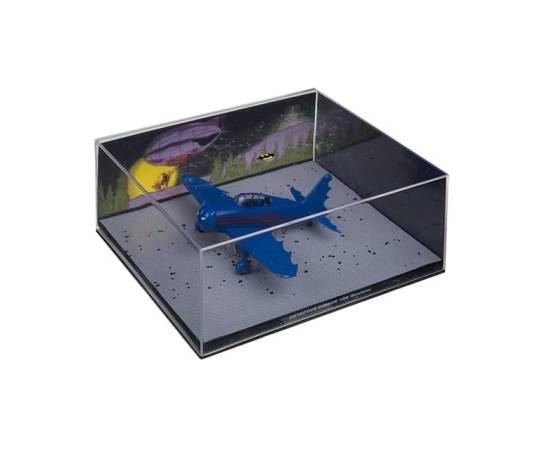 Few villains could outrun the Batplane. It would swoop out of the clouds to capture escaping hoodlums no matter how far or how fast they travelled. Some sought to flee out to sea, but such tactics didn’t deter the Dark Knight from pursuing his prey. The Batplane carried enough fuel to fly for many miles – and its stealth mode enabled it to glide powerlessly for vast distances without wasting any of its vital reserves. Inflatable pontoons allowed the aircraft to land on water and, most amazing of all, the wings automatically folded up so that the aeroplane could transform into a jet-powered speedboat. Thanks to the engineering wonder that was the Batplane, Batman was the undisputed master of the air... and sea!