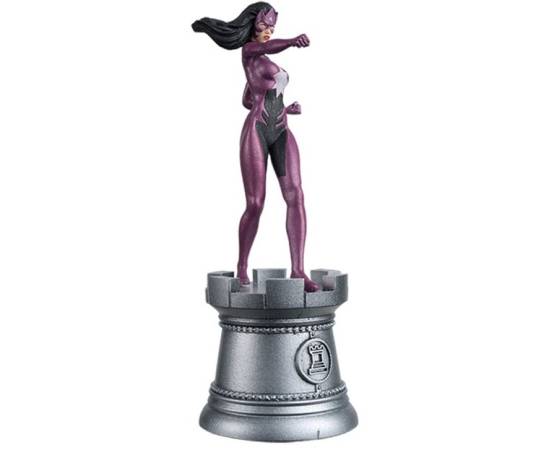 Magazine on demand, free of charge if we have it. Always shipped with original box.
The Blackest Night: Tales of the Corps miniseries sheds light on the exchange between Carol and the violet ring sent to her. The ring reveals that all those chosen to wield the violet light must accept it willingly (this appears to overcome the controlling aspect of the violet light). The ring tells Carol that she has a hole in her heart but Carol continues to deny it. The ring tells Carol that she has continually put aside her own happiness for the benefit of others. Because she is capable of doing this, Carol could become the most powerful Star Sapphire in the universe and that the Zamarons recognized this and sent her the ring with the intention of having Carol lead the entire Star Sapphire army into battle alongside the Green Lantern Corps. Carol still refuses to accept the ring, but the ring shows her a vision of the War of Light and indicates that Hal Jordan will not survive and tells her that by accepting the ring, she can save him. Still having feelings for Hal, Carol accepts and is called back to Zamaron by Queen Aga'po where Carol's army awaits to defend the planet from the approaching Sinestro Corps.