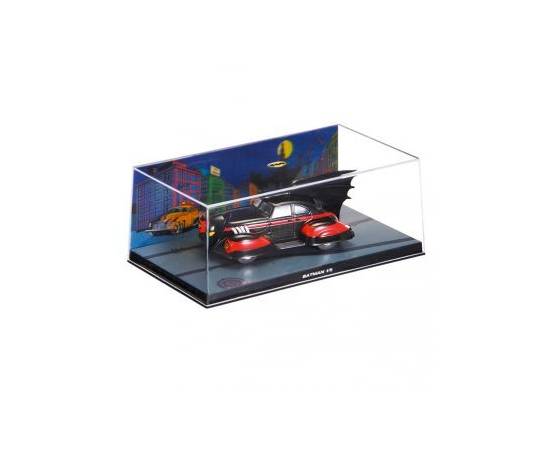 This Batman #5 Batmobile was the first to be featured on a Batman comic cover and still remains as one of the longest bat-vehicles around, as seen in the 1944 Batman Movie. This iconic model is now available from the Batman Automobilia Collection.

Often the first thing villains would see when Batman arrives a scene of a crime is the oversized menacing bat-head at the front of the Batmobile. It was designed to terrorise criminals and function as a powerful battering ram. This Batman #5 Batmobile comes with closed-circuit television, bulletproof windscreen, halogen headlights and reinforced steel bat-ram.

This incredible 1:43 scale Batmobile comes with a 3D cutaway of this Batmobile, a 12-page glossy magazine featuring early adventures of the Dark Knight and the technology behind one of the first Batmobiles.