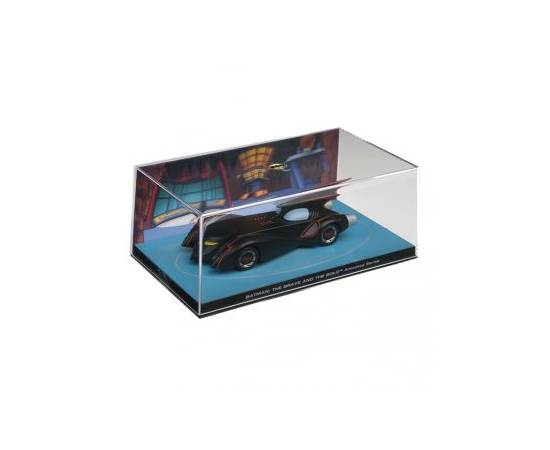 The most exciting Batmobile ever! Batman: The Brave And The Bold was a sleek car that was capable of lightning-fast transformations into different vehicles including a Batplane, Batsub and even a giant robot. This Batmobile has a number of fascinating features and is now available from the Batman Automobilia Collection.

This Batmobile featured in Batman: The Brave and the Bold had a cool “quick opening” feature that allowed the Dark Knight to leap into the vehicle as the door opened remotely. It often tracked Batman to his location using the vehicle’s highly advanced satellite navigation system, linked to its computers. This Batman: The Brave And The Bold Batmobile includes the bat-head battering ram, laser beam in the eye of the car, self-repairing windscreen and tail fin with antenna built-in.

This incredible 1:43 scale Batmobile includes a fantastic 12-page magazine capturing some of the amazing accessories of this car, looks at one of the most recent animated Batmobiles and relive the awesome Batman limited series of 2008.