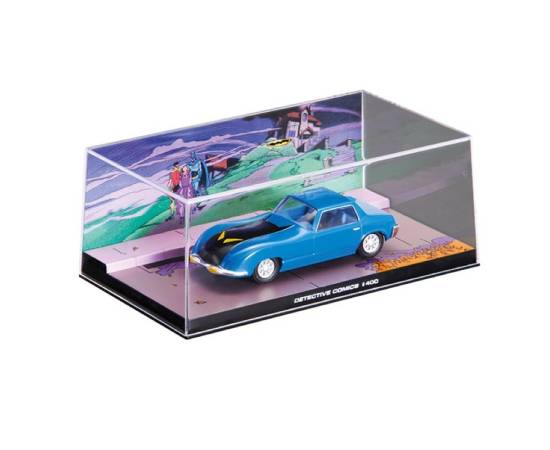 Introducing the first distinctive Batmobile of the 1970s, the sleek and super-fast Bat Coupe from Detective Comics #400 finally joins the Batman Automobilia Collection.

When Neal Adams started drawing Batman’s adventures in Detective Comics #400, he updated the Batmobile, giving the Dark Knight a stylish ride to help his fight against crime. Sleek and stylish, it set the style of the Batmobile for the rest of the decade. This die-cast model Batmobile captures the silhouette of Batman’s cowl perhaps the most striking aspect of the 1970s Batmobile. This Batmobile includes sliding roof panels, bullet-proof windscreen and armoured body panels.

This incredible 1:43 scale Batmobile comes complete with a 12-page magazine with an exclusive 3D cutaway of the Batmobile, a look at one of Batman’s most gadget-filled cars plus discovering why 1950 was an epic year for the Dark Knight.