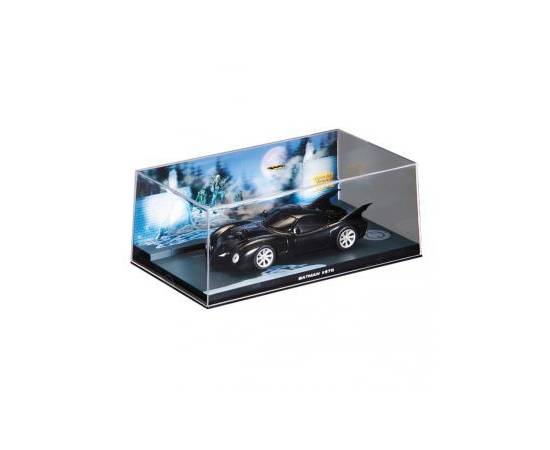 This fantastic Batman #575 Batmobile that debuted in Batman #575 was one of Batman’s most powerful rides. It was filled with high-tech weaponry and advanced computer systems to help the Dark Knight fight for justice. Discover more epic adventures with the Batman Automobilia Collection.

This incredible 1:43 scale Batman #575 Batmobile captures the iconic Batman battering ram (harkening back to the Batmobile first seen in 1941’s Batman#5) with the modern look of a high-end sports coupé. The Batmobile was built to have a number of upgraded attacking capabilities, including a missile launcher at the front of the vehicle that could deploy several different ballistic attacks ranging from explosive to electronic. This model includes windscreen/monitor, bat-symbol, halogen headlights and suspension strut.

The Batman #575 Batmobile comes complete with a 12-page magazine, an exclusive 3D cutaway of the Batmobile plus a preview of the epic Batman stories from the year 2000.