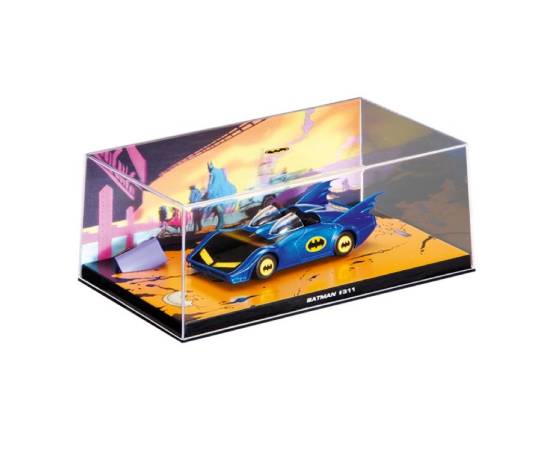 This Batmobile made its first appearance in Batman #311 and became the Dark Knight’s main ride for the 1980s with a few minor alterations. This design dominated the Dark Knight’s regular comic-book adventure and has now landed into the Batman Automobilia Collection.

The Dark Knight fitted the vehicle with a host of extras to assist his fight against Gotham City’s villains. He kept a Whirly-Bat in the car’s boot for when he needed to take to the sky and had a hidden trapdoor under the car for emergencies. This Batman #311 Batmobile comes with an armour plated outer layer, aerofoil fins and retractable roof/canopy.

This incredible 1:43 scale Batmobile comes with a 3D cutaway of this Batmobile, a 12-page glossy magazine featuring an overview of the best Batman stories from 1979 and the Batmobile's first appearance in Batman #311.