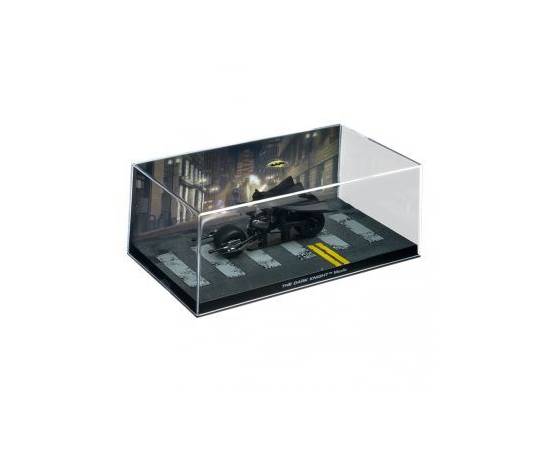 THE BAT-POD EXPLODED into action in The Dark Knight (2008), the second in Christopher Nolan’s spectacular Batman trilogy and is now available from the Batman Automobilia Collection.

Is that an excellent vehicle, or what?! The Bat-Pod ejected from the disabled Batmobile Tumbler as the latter’s emergency system kicked in - what has to be one of the coolest scenes in the entire The Dark Knight film. The Bat-Pod also appeared in The Dark Knight Rises (2012). It's two massive reinforced wheels were the Tumbler’s front wheels, but it was a far sleeker and minimalist design than the machines originated in. This Bat-Pod Model comes with armour shielding handlebar, hydraulic arms aid targeting and radiator doubles as foot pads.

This incredible 1:43 scale Batmobile comes with a 12-page magazine which captures the legacy of 2008's biggest movie, The Dark Knight, a 3D cutaways of your Batmobile plus the comic-book resurrection of Ra's Al-Ghul.