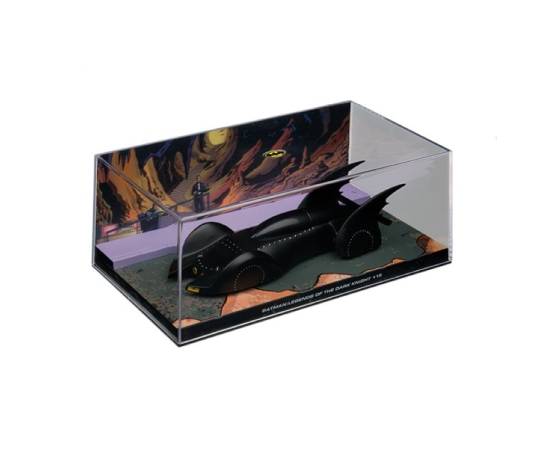 Batman Automobilia Part 25's Batmobile is built for speed and performance rather than laden by high-tech gadgetry. This revolutionary roadster, with tail fins and Formula One-style spoiler, starred in the story 'Prey' set during Batman's formative years. The magazine provides all the specs and detail on this one-off Batmobile, plus the best of Batman 1991 and a new Robin & Tim Drake.