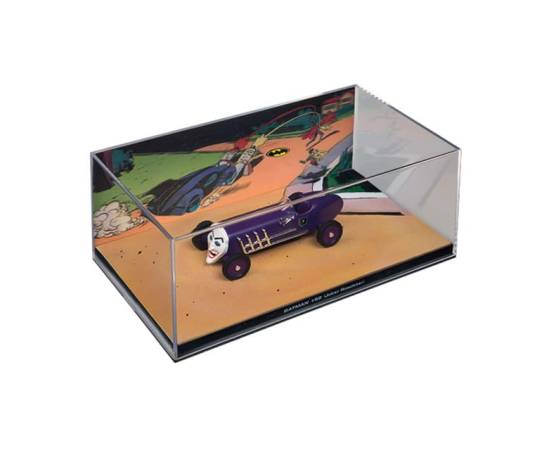 THE JOKER’S CLASSIC Jokermobile first appeared in Batman #37 (October/November 1946), as part of a madcap scheme by the villain to mimic his eternal foe in every way. Batman had a Batmobile and so, in a bizarre twist of logic, the Joker had to have a Jokermobile. Three years later, the villain jumped behind the wheel of a second vehicle – a singleseat roadster. The new ride was quirky and off-kilter, but decidedly dangerous – much like the Clown Prince of Crime himself.