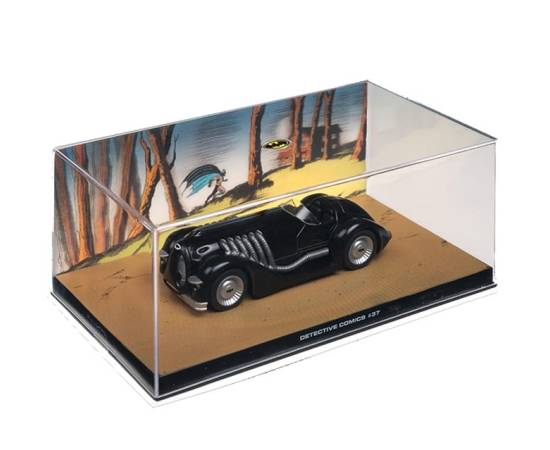 The car from Detective Comics #37 (March 1940) was a roaring roadster and it shot through the massed ranks of gun-toting racketeers with ease. Like most of Batman’s early rides, the roadster from Detective Comics #37 was ideally suited to patrolling the darkened streets of Gotham City. Its black paint scheme meant that it merged with the shadows – and Batman was thus able to go about his nocturnal missions largely unobserved.

Only when the hero was closing in on a hoodlum would the car be seen – bursting out of the darkness to deliver swift and certain justice. The criminal gangs of Gotham City were becoming increasingly mobile, but the Dark Knight’s fleet of powerful vehicles ensured that the hero always raced ahead of the competition.