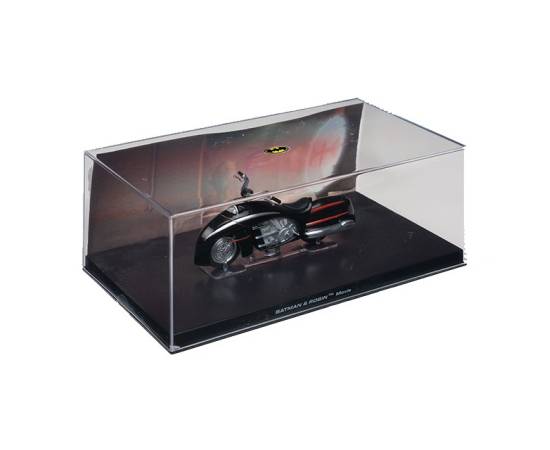 This Batman Automobilia replica faithfully recreates the legendary Redbird from Batman & Robin Moview which soared into action on both the screen and the printed page. The comic book adaptation of Batman & Robin was released to an eager audience in August 1997.

Robin’s motorcycle came to glorious life on the page – a blur of speedlines as it raced into action. Vivid colours evoked the neon-lit effects of the film itself, and the entire package was a fitting souvenir that could be enjoyed long after the movie experience had faded from memory.