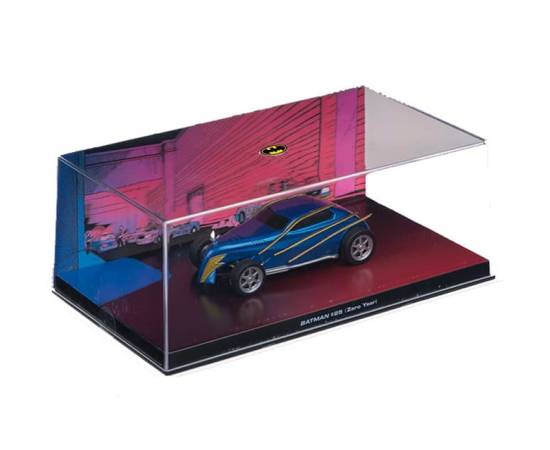 This Batman Automobilia replica faithfully recreates the legendary vintage car from Batman: Zero Year. Batman’s mission to protect Gotham City was serious business, but that didn’t stop the novice vigilante from getting a rise – quite literally – out of his opponents, particularly the GCPD. The world-weary cops believed they’d seen everything – and so they were in for something of a shock when the Dark Knight drove his custom car along the roof of a tunnel to avoid a police cordon!.

This Batman scale replica is a perfectly reproduced scale model in die-cast. This model comes with its own unique display stand that features a 3D lenticular backdrop as well as a painted base, to recreate iconic moments from the Batmobile’s history.