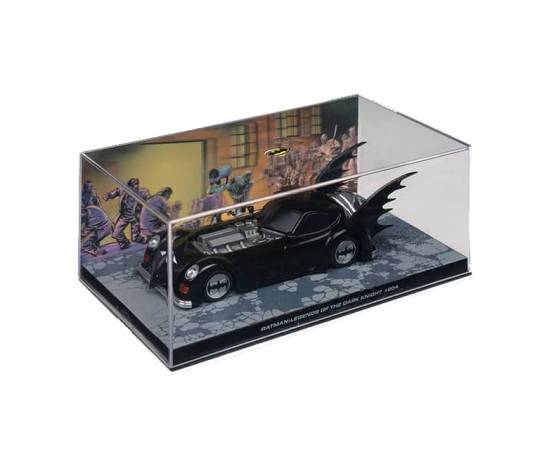 Issue 68 looks at the Batmobile with numerous riot-control features. It fired foam that solidified around unruly mobs and launched pepper spray grenades to make the streets at times of civil unrest. All the Batmobile’s weapons were non-lethal – designed to pacify rather than cause harm – and they proved invaluable when the citizens of Gotham City fell under the mental sway of telepathy Erik Galvin.

This Batman scale replica is a perfectly reproduced scale model in die-cast. This model comes with a unique display stand that features a 3D lenticular backdrop as well as a painted base, to recreate iconic moments from the Batmobile’s history.