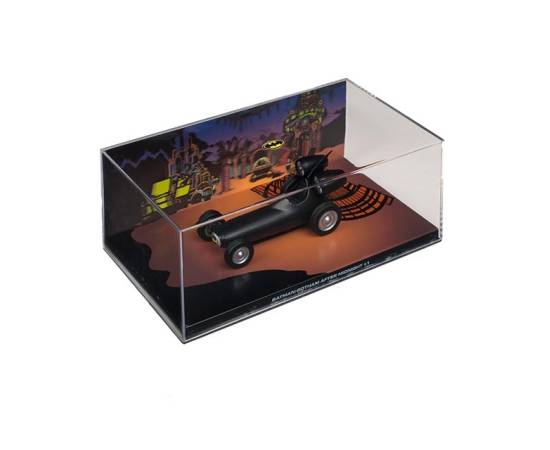 A mysterious serial killer stalked the streets, and the citizens of Gotham City were gripped by fear and hysteria. Batman fought back with an array of vehicles, not the least of which was a jet-powered Batmobile.

This Batman Gotham after Midnight Batmobile was not only a formidable racer; it was also a short-range submersible. When the underwater mode was engaged, an automated canopy covered the cockpit to make a watertight environment and propellers in the jet engine housings kicked in to provide propulsion and manoeuvrability.