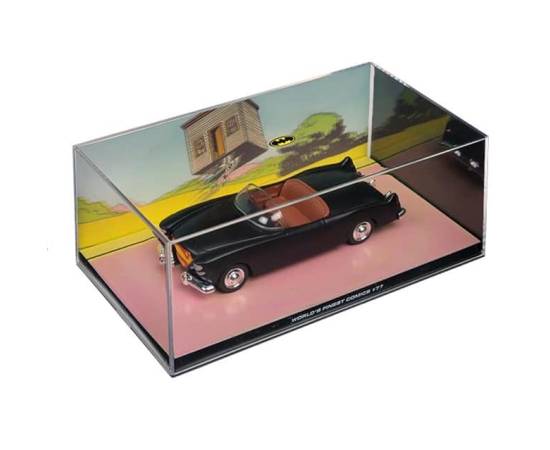 Having lost his superpowers to the Dark Knight, Superman was in dire need of a set of wheels to get around the sprawling city of Metropolis. Batman’s solution was to loan his comrade a Batmobile – the car customised to better reflect the Man of Steel’s heroic persona.

The stylish racer, the so-called “Supermobile” was designed to give the impression that the Man of Steel was still in possession of his Kryptonian abilities. The open-topped ride allowed Superman to continue his crime-fighting patrols, giving him a unique perspective on his hometown. While he may have been powerless, Superman was still in the driving seat.