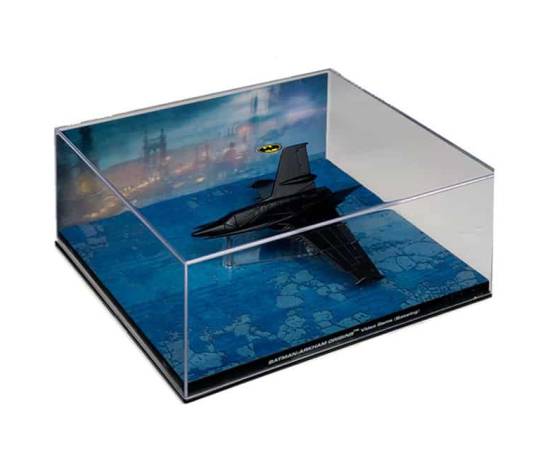 Batman Automobilia's definitive collection of Batman vehicles continues with Part 78 and the Batwing from the video game 'Arkham Origins', die-cast and presented in it own display case.

Despite being relatively new to his vigilante role, Batman had still amassed an impressive array of crime-fighting weapons. Kept fuelled and ready for take-off at all times, the Batwing allowed the Dark Knight to mount night-time surveillance missions and jet after escaping villains. Launched from the subterranean Batcave, the assault aircraft took the novice hero’s mission into the stratosphere.