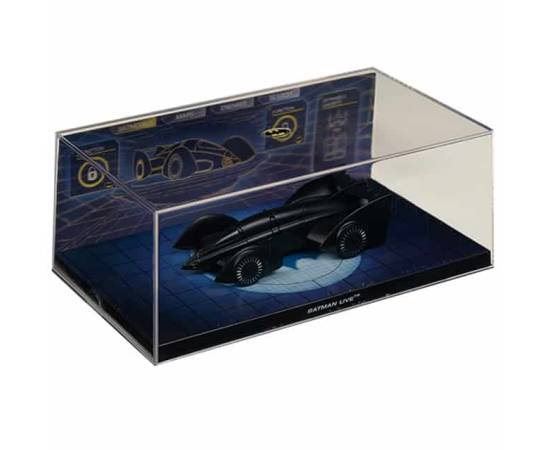 Part 80 features the Batmobile from the arena show 'Batman Live', a die-cast model in its own presentation case, with a fully illustrated magazine.

It roared into the stage amidst swelling music and swirling smoke – a dart-like Batmobile that one could almost reach out and touch. Batman Live brought an unprecedented immediacy to the Dark Knight’s story. The show was a live-action extravaganza that combined theatre, circus acrobatics and stage illusions to thrill audiences on two continents. The Batmobile was a brooding on-stage presence that helped transport devotees to the neon-lit world of Gotham City.