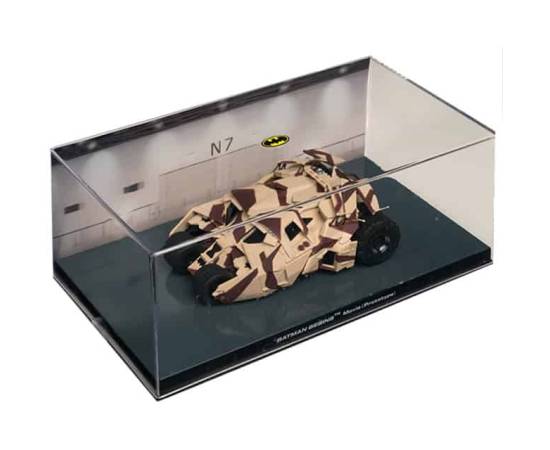 Under the supervision of director Christopher Nolan, Batman Begins (2005) re- energised the Batman film franchise. The movie was the most realistic version of Batman ever committed to screen, with the Dark Knight and his mission grounded in a very recognisable world. Batman’s cache of crime- fighting gadgets was reimagined as a military-grade arsenal, and a powerful new Batmobile, based on an armed-forces prototype, rolled onto the streets.