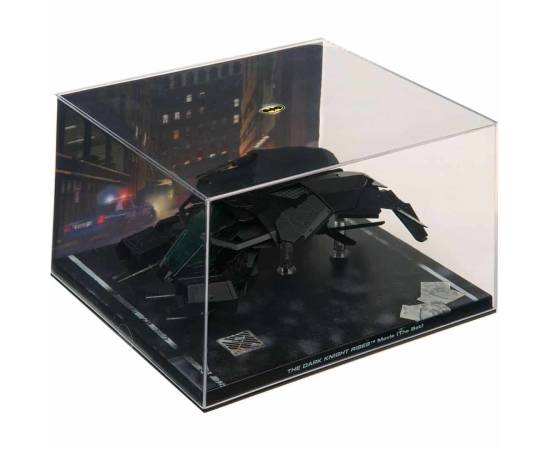 The oversized reproduction of ‘The Bat’ is in its own collector's case with a 3D lenticular scene from The Dark Knight Rises as the Bat is attempting to escape from the Gotham City Police force. A tank that takes to the air, ‘The Bat’ is a tough addition to the Batman armoury, brought out of mothballs to take on the forces of Bane in the concluding chapter of Christopher Nolan's Dark Knight trilogy.