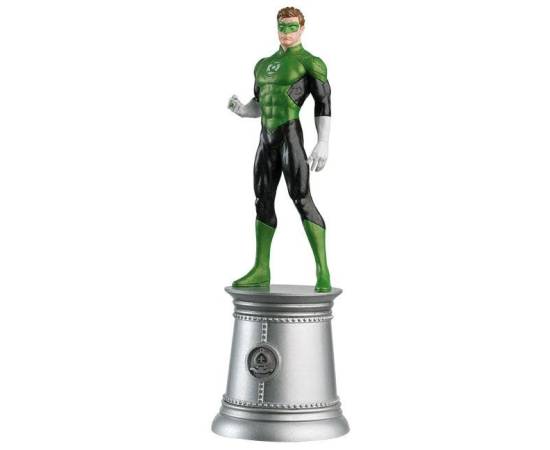 Hal Jordan, also known as Green Lantern, is a fictional superhero appearing in American comic books published by DC Comics. The character was created in 1959 by writer John Broome and artist Gil Kane, and first appeared in Showcase #22 (October 1959). Hal Jordan is a reinvention of the previous Green Lantern who appeared in 1940s comic books as the character Alan Scott.

Hal Jordan is a fighter pilot, a member and occasionally leader of an intergalactic police force called the Green Lantern Corps, as well as a founding member of the Justice League, DC's flagship superhero team, alongside well-known heroes such as Batman, Superman, and Wonder Woman. He fights evil across the universe with a ring that grants him a variety of superpowers, but is usually portrayed as one of the protectors of Sector 2814, which is the sector where Earth resides.