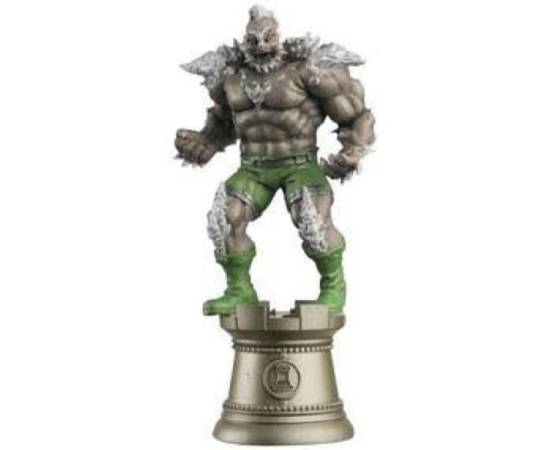 Magazine on demand, free of charge if we have it. Always shipped with original box.
Doomsday was conceived in 1991 during an annual brainstorming session with the editors and writers of Superman comics, in response to a concern by some writers that most of Superman's foes at this point either relied on technology or their intellect to outmaneuver Superman or had some natural advantage against him, wanting to create a new foe with great physical power to match him. Several writers proposed having Superman die at the hands of a "bestial foe", and editor Mike Carlin scribbled this idea on the wall chart as "doomsday for Superman". Inspired, they chose "Doomsday" as the name for this villain.