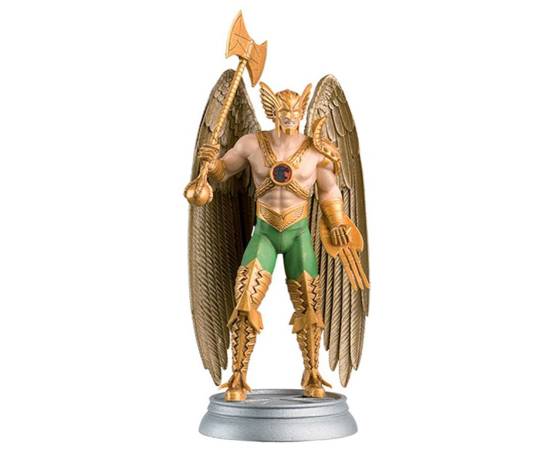 Magazine on demand, free of charge if we have it. Always shipped with original box.
Hawkman is the name of several fictional superheroes appearing in American comic books published by DC Comics. Created by writer Gardner Fox and artist Dennis Neville, the original Hawkman first appeared in Flash Comics #1, published by All-American Publications in 1940.

Hawkman is most often depicted as human archaeologist Carter Hall – the modern-day reincarnation of an ancient Egyptian prince named Khufu – or as alien police officer Katar Hol from the planet Thanagar. The character is generally regarded as having one of the most confusing backstories of any in DC Comics, due to a series of reinventions over the years following DC’s 1985 series Crisis on Infinite Earths. Some writers have attempted to integrate Carter Hall and Katar Hol into one story by linking the Thanagarian aliens to the Egyptian curse that causes Hawkman to reincarnate periodically throughout human history, or by using Carter Hall as Katar Hol's alias, or otherwise depicting the merger of Carter and Katar into one being.