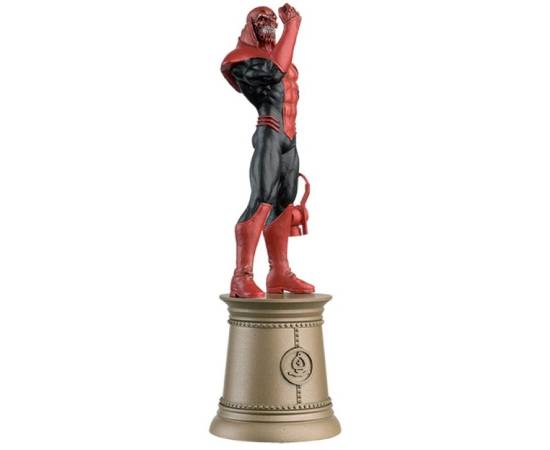 Magazine on demand, free of charge if we have it. Always shipped with original box.
When the rogue Manhunters rampaged through Space Sector 666 Atros was one of only five beings in the entire sector to escape death, having been forced to witness his own wife and daughters killed by one of the rampaging robots.[2] Renaming himself "Atrocitus", he and the other four survivors formed a terrorist cabal known as the Five Inversions, bent on the destruction of the Guardians of the Universe and all who served them, with Atrocitus serving as their leader. The Five Inversions performed a ritual which allowed them to peer into the future and discover the prophecy of the Blackest Night, which decreed that all life in the universe would end. Forming an "Empire of Tears", the Inversions attempted to destroy the Guardians, but were defeated and imprisoned on the planet Ysmault.