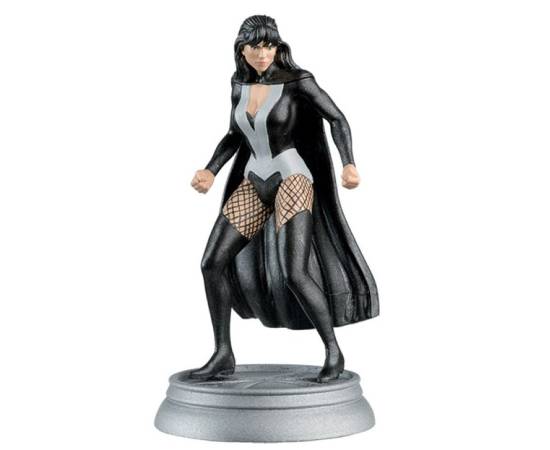 Magazine on demand, free of charge if we have it. Always shipped with original box.
Zatanna Zatara (/zəˈtænə zəˈtɑːrə/) is a fictional superheroine appearing in American comic books published by DC Comics. The character was created by Gardner Fox and Murphy Anderson, and first appeared in Hawkman #4 (November 1964).

Zatanna is both a stage magician and an actual magician, like her father Giovanni "John" Zatara. As such she has many of her father's powers relating to magic, typically controlled by speaking the words of her incantations spelled backwards.

She is known for her involvement with the Justice League, her retconned childhood association with Batman, and her crossing of the Vertigo line with characters such as romantic partner John Constantine.

Zatanna made her first live action appearance as a recurring character in the final three seasons of Smallville, portrayed by actress Serinda Swan.