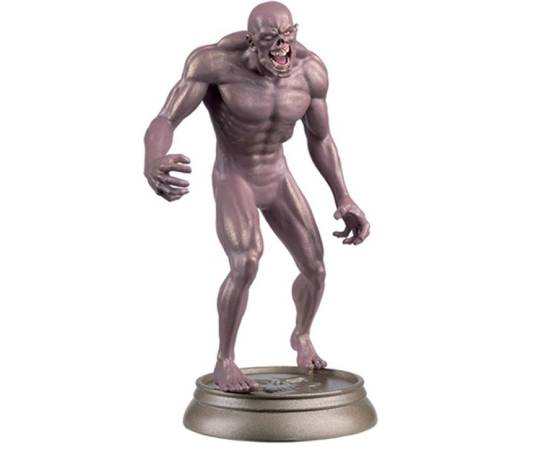 Magazine on demand, free of charge if we have it. Always shipped with original box.
Arcane is a scientist whose obsession with gaining immortality has led him to create monstrous creatures known as "Un-Men", as well as other monstrous biogenetic experimentations involving the dead. He was able to resurrect his deceased brother Gregori as the Patchwork Man. He is also a skilled magician, which he is able to channel through his horrific experiments.

Living in the mountains of Europe with his niece Abigail, Arcane is introduced after he discovers and lures the plant-based hero to his castle home. Arcane sought to use his scientific and magical abilities to transform his body into the Swamp Thing's form, while changing the Swamp Thing back into Alec Holland. At first very grateful to be human again, Alec soon overheard Arcane discussing his evil intentions now that he could carry them out. Alec then succeeds in breaking the spell Arcane cast, and sacrifices his humanity, so Arcane becomes a frail old man again. Pursued by the Swamp Thing, Arcane fell to his death, only to be resurrected by his Un-Men in a new body. He then attacked the Swamp Thing twice more before truly dying, the first time as a hulking corpse-like Un-Man (only to be destroyed by the vengeful ghosts of African-American slaves who had possessed his Un-Men) and later as an insect-like cyborg piloting a massive dragonfly-like vehicle that is actually a tesseract (i.e., its interior is larger than its exterior). It is after his third death that his soul was consigned to Hell.