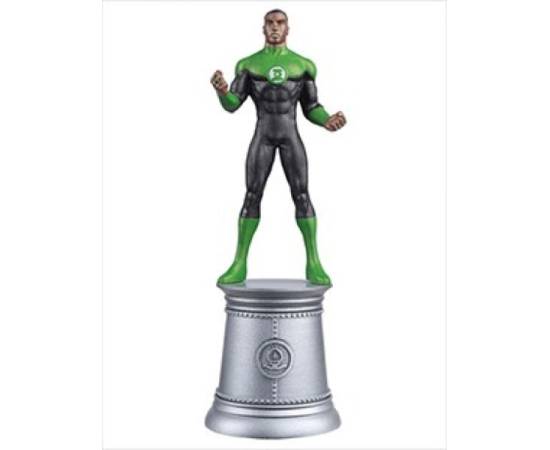 Magazine on demand, free of charge if we have it. Always shipped with original box.
John Stewart debuted in Green Lantern vol. 2 #87 (December 1971/January 1972) when artist Neal Adams came up with the idea of a substitute Green Lantern. The decision to make the character black resulted from a conversation between Adams and editor Julius Schwartz, in which Adams recounts saying that given the racial makeup of the world's population, "we ought to have a black Green Lantern, not because we’re liberals, but because it just makes sense."[1] The character was DC's first black superhero.[1]