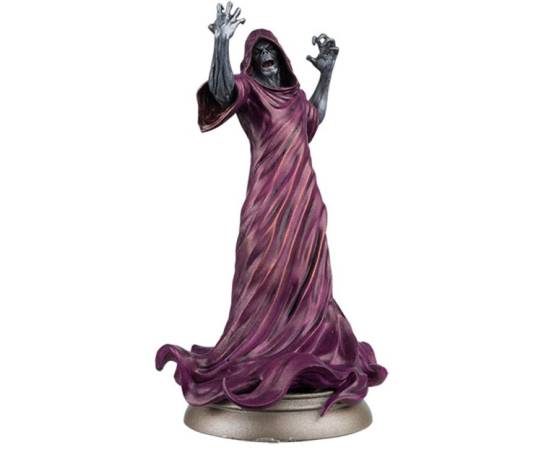 Magazine on demand, free of charge if we have it. Always shipped with original box.
DeSaad's first recorded appearance in the history of the DC Universe was as a hanger-on at the side of Drax, heir to Apokolips. He had already taken his "god-name," which he claimed to have taken in tribute to a being from the future "who has taught me much in my chosen field."

DeSaad's origins were revealed during Darkseid's chess game with Eclipso. After Eclipso told Darkseid of how he had caused the Biblical flood, Darkseid shared how he had corrupted an innocent youth by tricking him into believing the youth's cat had killed his other pet, a bird. Goading the boy to avenge the bird, Darkseid manipulates the youth into burying the cat alive. The bird returned, having flown off, and in a rage, the youth killed the bird and left New Genesis to become Darkseid's lackey.[2]