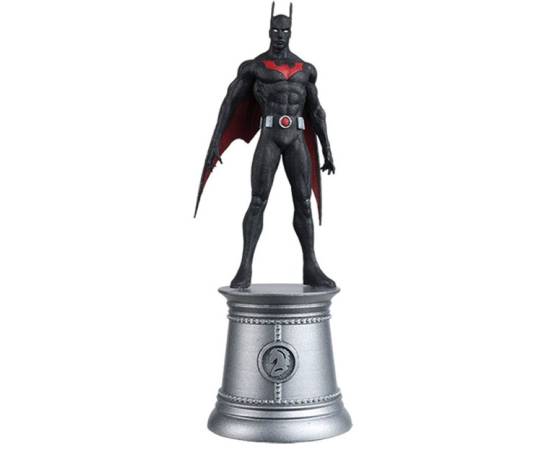 Magazine on demand, free of charge if we have it. Always shipped with original box.
McGinnis was created for the Batman Beyond animated television series, as a continuation of The New Batman Adventures, originally meant as a character for the DCAU. For a long time, he was not considered a character for the main DC Universe. Countdown introduced Earth-12, an alternate universe with its own version of Terry McGinnis and other Beyond-like characters. Batman #700 by Grant Morrison was the first comic to depict McGinnis as existing in the future of Batman and the characters of the mainstream comic book DCU, though his origin differs somewhat from Terry's, as does the timeline and the circumstance of his becoming Batman. In Batman # 700, Terry's mentor is not Bruce, but Damian Wayne, who had become the third Batman after Bruce Wayne and Dick Grayson (in other words Terry would be the fourth Batman).

The 2010 story Superman/Batman Annual #4 returned to the DCAU Terry's story, as later did a 2011 Batman Beyond miniseries. From 2012, DC began publishing three Terry-related comic books: Batman Beyond and Justice League Beyond most prominently, though the character also appears in Superman Beyond. Terry officially entered mainstream DC continuity in the 2014 New 52 maxiseries, The New 52: Futures End.[1] It has since then produced two separate comic book series, the first in 2015 where Tim Drake has replaced Terry as Batman, and the second one in 2016 which is part of DC Rebirth where Terry has become Batman once again.