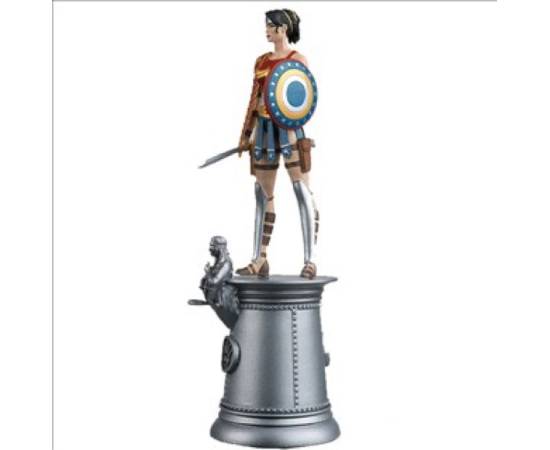 Magazine on demand, free of charge if we have it. Always shipped with original box.
After the 2011 relaunch, Diana gained new powers. These new abilities, which included superhuman speed, durability, immortality, accelerated healing, and even flight came in addition to her previous attributed Olympian strength. She is now considered to be stronger than Hercules. In addition to her weaponry, Diana's bracelets can now create a thunderous explosion or expel lightning when she clashes them together. Diana can also manipulate lightning and create weapons out of lightning bolts. These new abilities are attributed to being the daughter of Hippolyta and Zeus. Her powers are now considered nearly unmeasurable if she goes without her Bracelets of Submission, which keep her demigod powers in check. She uses these powers in battle against the goddess Artemis and quickly renders her unconscious with ease with a series of carefully positioned counterattacks. While using her godly powers, her outfit and accoutrements lit up and her eyes glowed like her father's