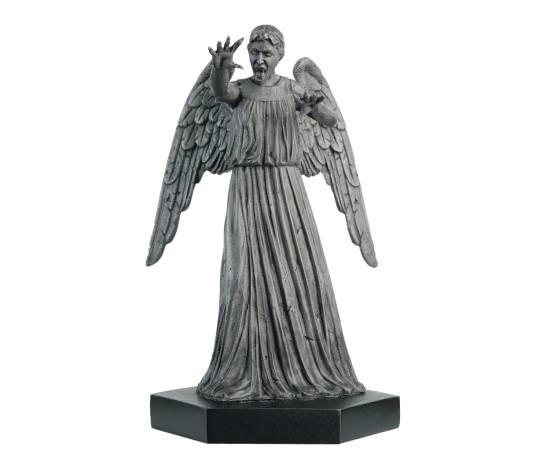 Don't dare take your eyes of this terrifying Weeping Angel figure part of The Official Doctor Who Figurine collection! One blink and this stone-cold killer have you in its reach.

The Weeping Angel figure is hand-painted and captures it as it appears at the climax of Flesh and Stone, on board the crashed Byzantium on the planet Alfava Metraxis. The Weeping Angels have the Doctor, River Song and Amy Pond cornered – or so they think. But with the time field from the crack in the universe expanding, the Angels are desperate and feral – their fangs are showing, their claws are outstretched, and they are poised to attack. Like any creature, they’re at their deadliest when they 're scared!

The magazine goes behind the scenes to see how the Angels are brought to petrifying life, plus the Doctor's greatest adventures in human history and Russell T Davies, the man who brought back Doctor Who.