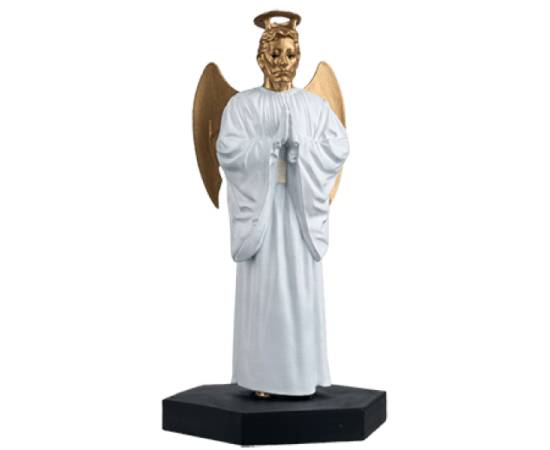 The information-and-assistance robots on board the starship Titanic turned out to be less angelic than they appeared… meet the Heavenly Host, the next deadly instalment of the Doctor Who Figurine Collection.

This elegant, beautiful – but deadly Heavenly Host Figurine depicts one of the Heavenly Host as they appear in the Christmas Day 2007 story, 'Voyage of the Damned'.

This fantastic metallic resin figurine has been crafted and painted by hand, and features the Heavenly Host's angelic robe and gold expressionless mask, with their halo and large gold angel wings.

The Heavenly Host Figure comes with a 20-page magazine, where we go behind the scenes and answer your questions - Why doesn’t the Doctor notice how much Astrid looks like Kylie – and other conundrums solved!

Earth is doomed – who can save us?