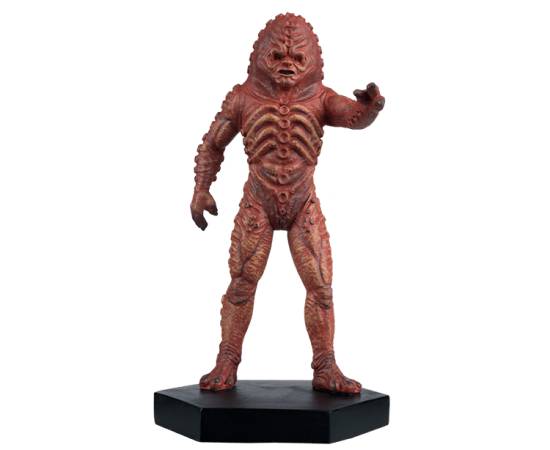 The next part of the Doctor Who Figurine Collection celebrates one of the most striking classic monsters reintroduced especially for the show's 50th anniversary, welcome the Zygon.

This incredible hand-crafted figurine has been cast in metallic resin and hand painted and shows the Zygon as it appears in the 2013 Eleventh Doctor adventure 'The Day of the Doctor', as they infiltrate the Black Archive, UNIT’s collection of alien technology.

The Zygon figurine depicts a Zygon as it appears in The Day of the Doctor with his stubby, three-digit hands, tough rib cage and suckers all over the body.

The magazine celebrates a half-century of Doctor Who with a look at the development of the Doctor's birthday special, plus tales of Earth future and the face of Ian Chesterton & William Russell.