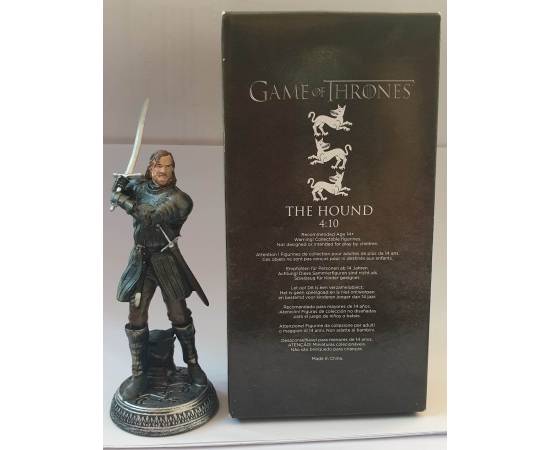 Sandor Clegane, popularly known as the Hound, was the younger brother of Ser Gregor Clegane and the personal bodyguard of Prince Joffrey Baratheon. When Joffrey ascended the Iron Throne, Sandor was named into his Kingsguard (despite not being a knight), but deserted his post at the Battle of the Blackwater. After traveling as a fugitive with Arya Stark, having a close brush with death following an altercation with Brienne of Tarth, and the mass murder of a congregation he attempted to find peace with, he reluctantly joined the Brotherhood Without Banners in hopes of having a greater purpose.