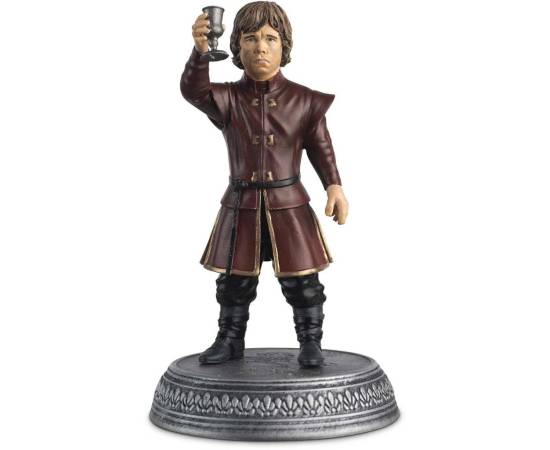 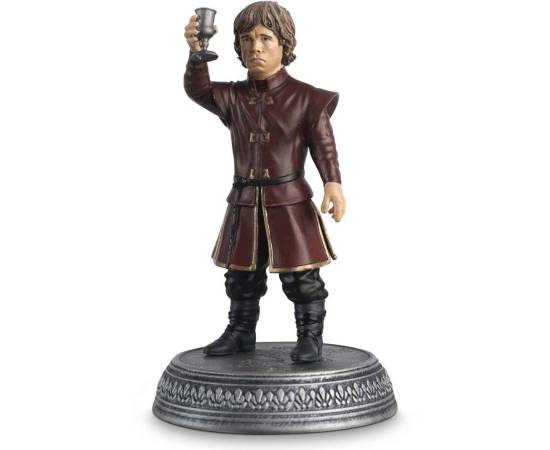 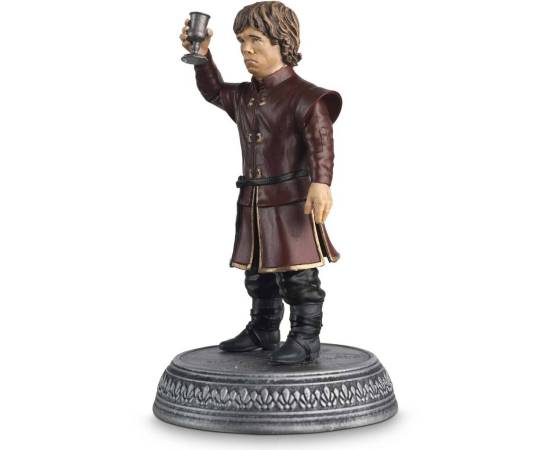 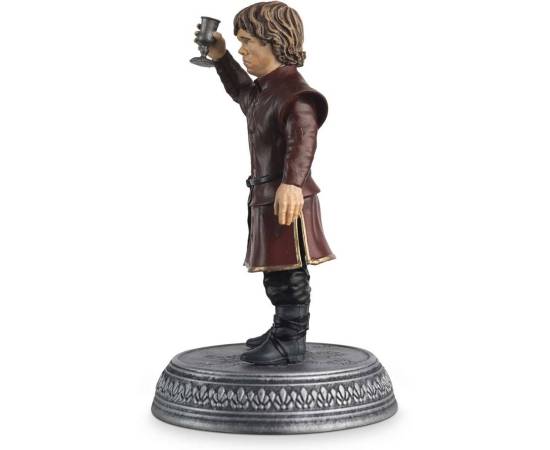 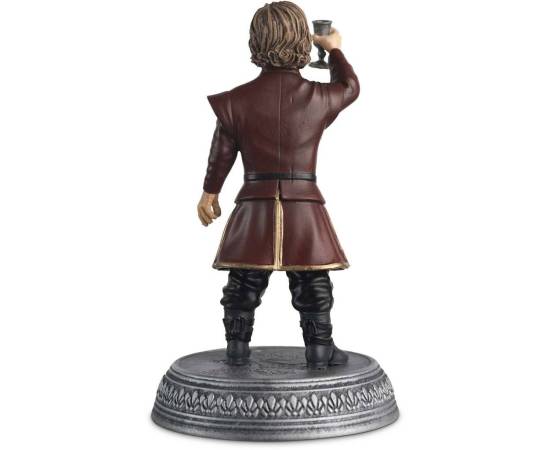 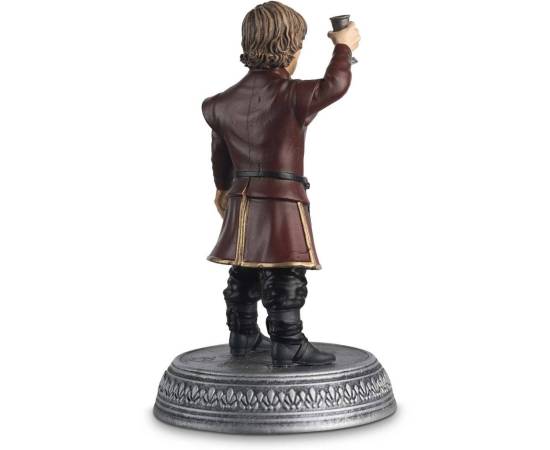 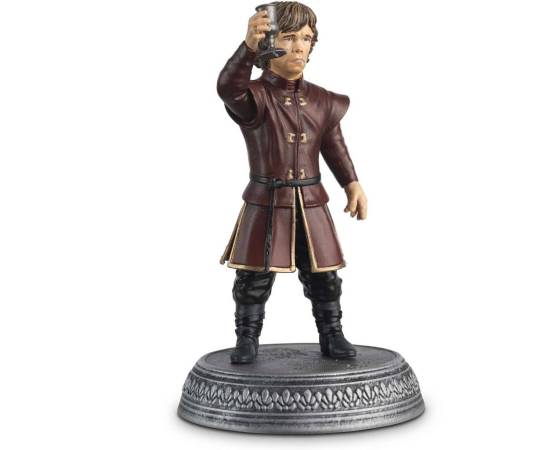 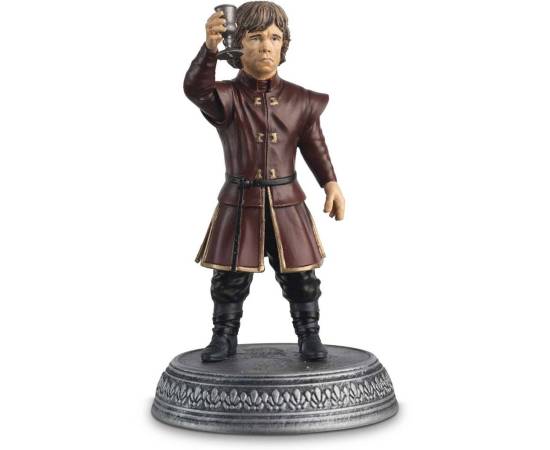 Betrayed by the Lannisters, Tyrion joins forces with a new player in the ‘Great Game’ and assumes the role of the Master in the Game of Thrones Collection.

Your hand-painted Tyrion figurine depicts actor Peter Dinklage as Tyrion Lannister in his wedding apparel, which he wore during his marriage to Sansa Stark in season 3, episode 8, ‘Second Sons’. Standing at 6.5cm, your figure is fashioned in burgundy leather, with decorative designs and gold fastenings, Tyrion’s high-quality, hand-tooled wedding costume reflects his status as a member of the wealthy Lannister family as he holds his goblet of wine up as a toast.