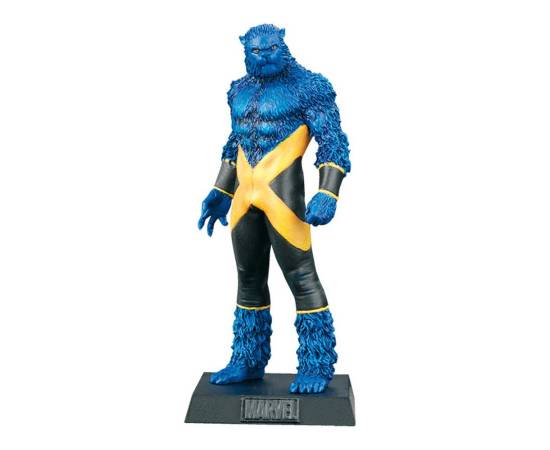 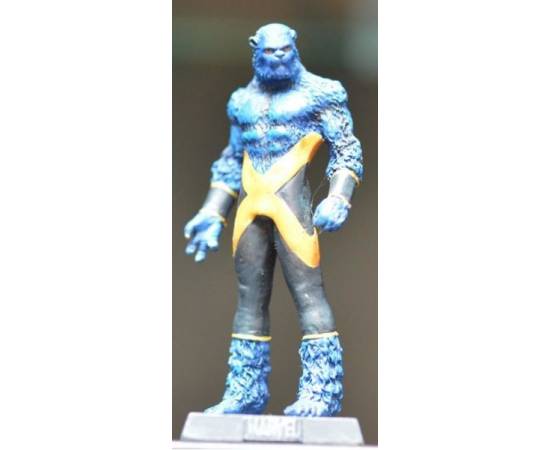 Beast (Dr. Henry Philip "Hank" McCoy) is a superhero appearing in American comic books published by Marvel Comics and is a founding member of the X-Men. Originally called "The Beast", the character was introduced as a mutant possessing ape-like superhuman physical strength and agility, oversized hands and feet, a genius-level intellect, and otherwise normal appearance and speech. Eventually being referred to simply as "Beast", Hank McCoy underwent progressive physiological transformations, gaining animalistic physical characteristics. These include blue fur, both simian and feline facial features, pointed ears, fangs, and claws. Beast's physical strength and senses increased to even greater levels.

Despite Hank McCoy's feral appearance, he is depicted as a brilliant, well-educated man in the arts and sciences, known for his witty sense of humor, and characteristically uses barbed witticisms with long words and intellectual references to distract his foes.[1] He is a world authority on biochemistry and genetics, the X-Men's medical doctor, and the science and mathematics instructor at the Xavier Institute (the X-Men's headquarters and school for young mutants). He is also a mutant political activist, campaigning against society's bigotry and discrimination against mutants. While fighting his own bestial instincts and fears of social rejection, Beast dedicates his physical and mental gifts to the creation of a better world for man and mutant.

One of the original X-Men, Beast has appeared regularly in X-Men-related comics since his debut. He has also been a member of the Avengers and Defenders.

The character has also appeared in media adaptations, including animated TV series and feature films. In X2 (2003), Steve Bacic portrayed him in a very brief cameo in his human appearance while in X-Men: The Last Stand (2006) the character had a larger role and was played by Kelsey Grammer. Nicholas Hoult portrayed a younger version of the character in X-Men: First Class (2011). Both Hoult and Grammer reprised their roles in X-Men: Days of Future Past (2014). Hoult also reprised the role in X-Men: Apocalypse (2016) and Dark Phoenix (2019), and had a cameo in Deadpool 2 (2018).