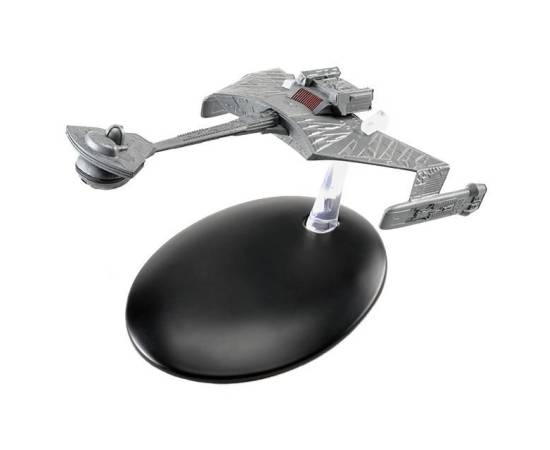 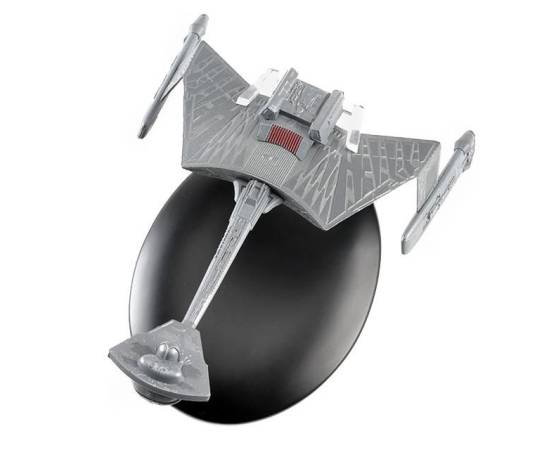 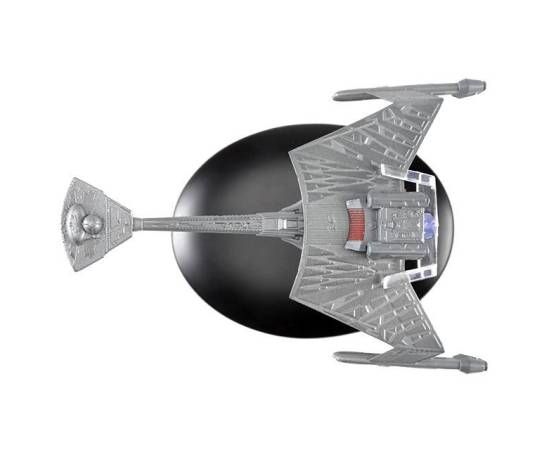 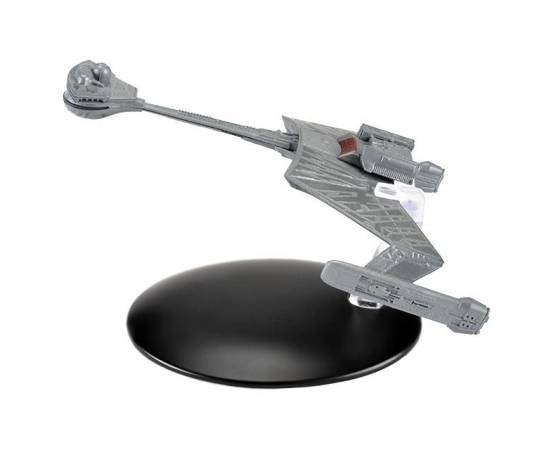 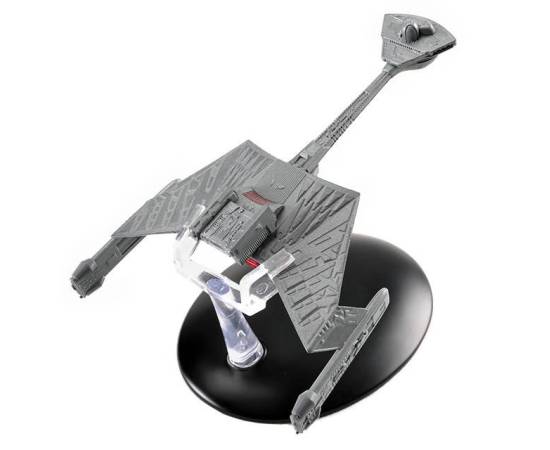 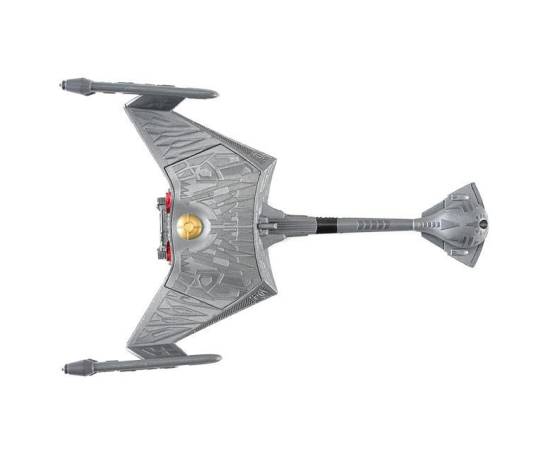 The model of the Klingon battlecruiser is based on the Star Trek: The Motion Picture version. Like the Enterprise, the Klingon ship got a major upgrade for its appearance in the first Star Trek movie, with new design work done by Richard Taylor and Andy Probert. This version has much more surface detail than its original series predecessor but has a simpler, gunmetal paint scheme than the CG version that appeared in Deep Space Nine over 20 years later.