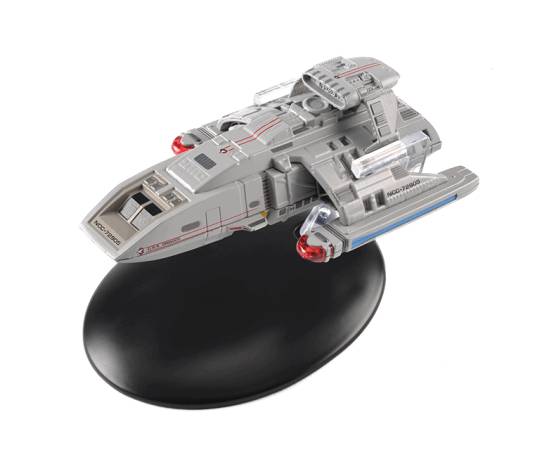 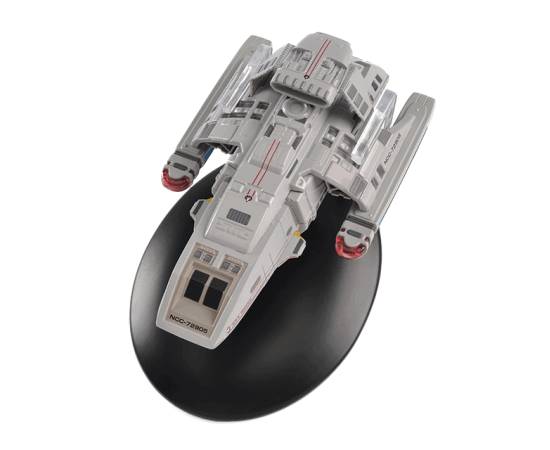 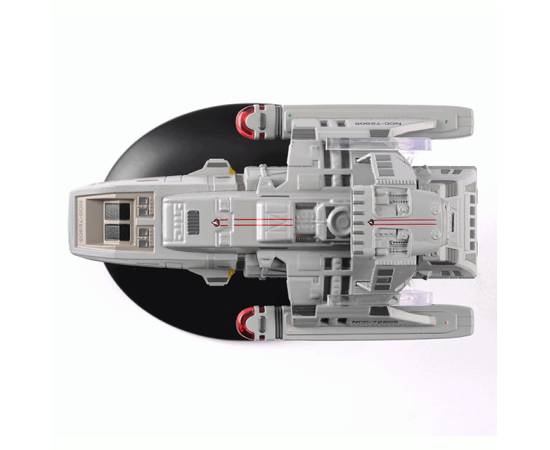 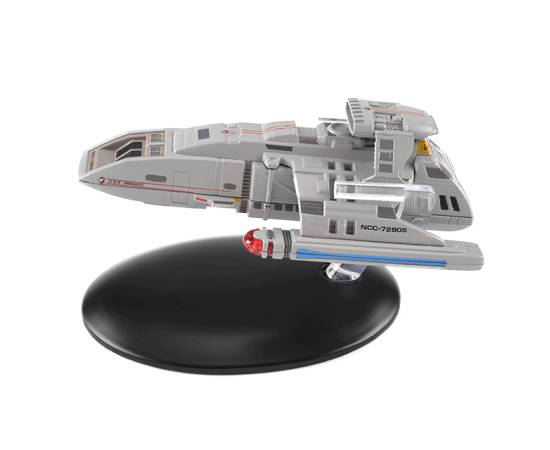 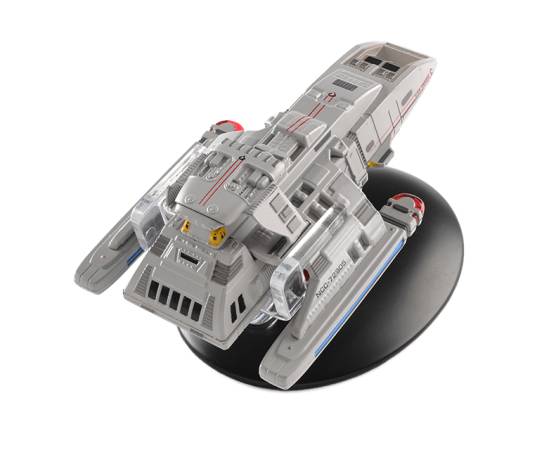 The Danube-class Starfleet Runabouts were a workhorse for the crew aboard Deep Space 9, and were ideal for a variety of different mission types, ranging from simple personnel or cargo transport to scientific exploration and military reconnaissance operations. The ships in this class were named after famous rivers on Earth, including the Rio Grande, the Yangtzee, and the U.S.S. Orinoco. The runabout, however, was a little larger than a typical Starfleet ship-support shuttlecraft, and was designed for more extended missions and had a modular midsection and a small habitat section aft. The ship’s innovative and compact warp core was positioned horizontally and ran along the top of the craft, giving the runabout a respectable top speed of Warp 5. Defensive capabilities consisted of a duranium-composite hull with full shielding, six phaser strips, and a micro-torpedo launcher under the nose, making this tough little ship more than a match for often much larger vessels.