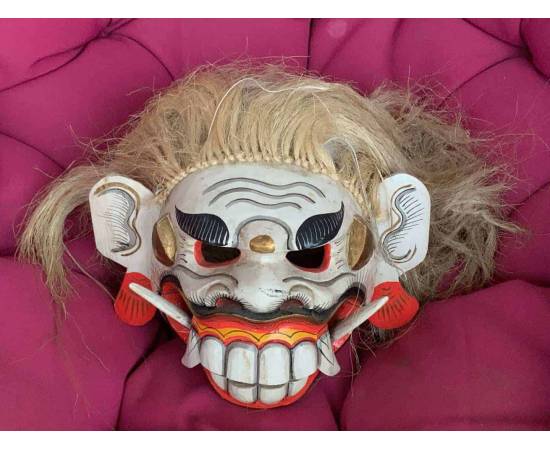 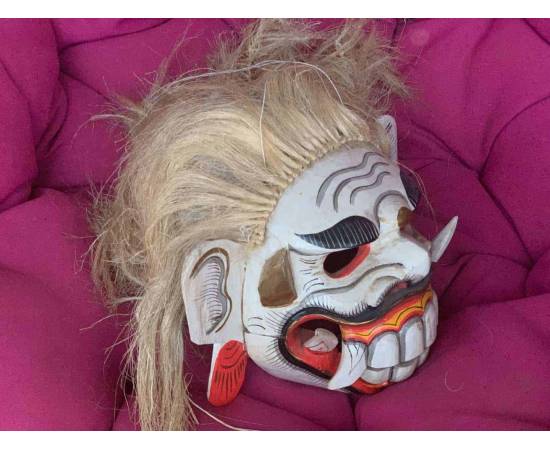 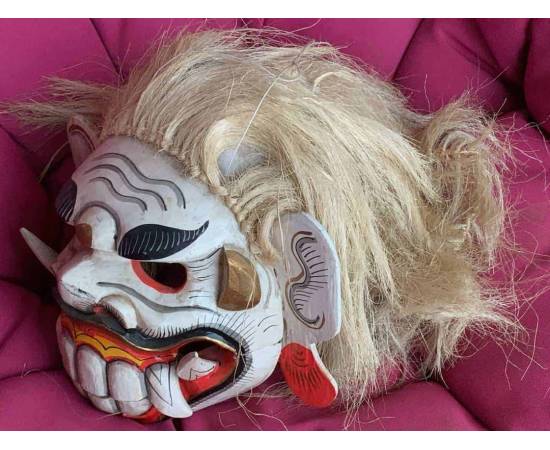 Barong Masks are a bit scary, a perfect fit for Halloween...

Barong is a panther-like creature and character in the Balinese mythology of Bali, Indonesia. He is the king of the spirits, leader of the hosts of good, and enemy of Rangda, the demon queen and mother of all spirit guarders in the mythological traditions of Bali. The battle between Barong and Rangda is featured in the Barong dance to represent the eternal battle between good and evil.

Barong animal mask dance, together with sanghyang dance are considered native Balinese dances, predating Hindu influences. The native Indonesians of Austronesian heritage often have similar mask dances that represent either ancestral or natural spirits; an example is Dayak's Hudoq dance. The term barong is thought to have been derived from the local term bahruang, which today corresponds to the Indonesian word beruang which means "bear". It refers to a good spirit, that took the form of an animal as the guardian of forest.

Barong is portrayed as a lion with a red head, covered in white thick fur, and wearing gilded jewelry adorned with pieces of mirrors. The shape of lion Barong is somewhat similar to a Pekingese dog. The origins of the Barong are far back in time and quite uncertain. Its origins could be from animist worship, before Hinduism appeared, when villagers still believed in the supernatural protective power of animals.