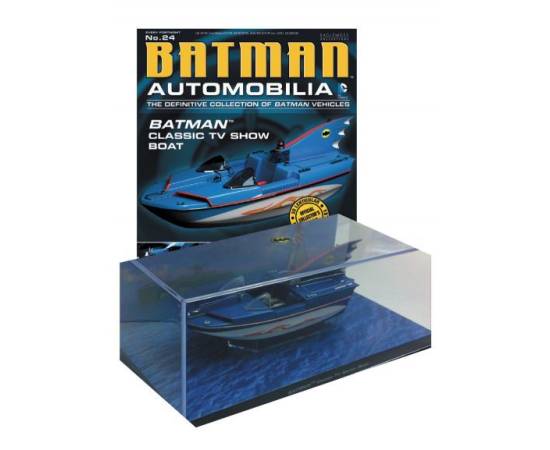 Batman took to the waves in the movie spin-off of the much-loved 1966 TV series. Freed of the budget constraints of the small screen, Batman makes a splash in Batman Automobilia Part 24's turbine-powered Batboat. The magazine take a look at the impact the hit TV series had on the comic books and the revival of its pop-art world in 2013's Batman 66 title.